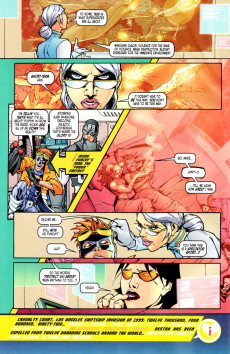 The series was known for its "information overload" storytelling style, with "pop-up" panels and "info scrolls" at the bottom of each page, providing small facts about the events taking place, such as glimpses into a character's history or random "facts." One issue featured a fake ad for the food given away at the Seminary, "chemically treated to calm ALL overactive behavior!"