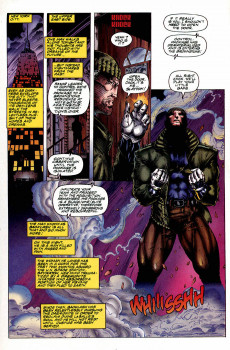 The Kindred is a group of humanoid animals. They were introduced in a four-issue comic book mini-series published by Image Comics in 1994. Its writers were Jim Lee, Brandon Choi, Sean Ruffner and Brett Booth, who was also the artist. A second mini-series was published in 2002 under the Wildstorm imprint. Brett Booth was the sole writer and artist this time. Both series featured Grifter and Backlash fighting the Kindred.