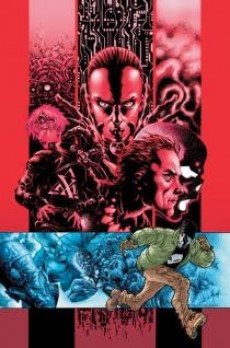 A new 7-issue miniseries written by Ben Raab (GREEN LANTERN, GREEN ARROW) with mind-blowing art by Justiniano (BEAST BOY, Chastity) and Walden Wong (JLA)! The super-powered fraternity of Delta Chi Delta is charged with a mission: to protect the genetic code of the human race from any outside interference. But when a young man's entire hometown is invaded by an alien force, the threat of a global mutation compels him to join the group &#mdash; especially when he manifests strange powers of his own! - See more at: http://www.dccomics.com/comics/the-human-race-2005/the-human-race-1#sthash.oeRVasvZ.dpuf