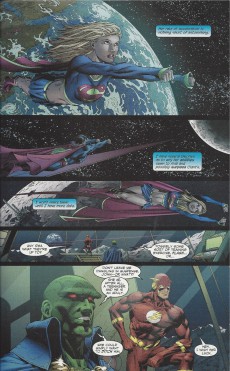 Following her reintroduction to the DC Universe in Superman / Batman # 8 (May 2004), Superman's cousin - Kara Zor - El received her own title. Written by Jeff Loeb and illustrated by Ian Churchill, the fourth series featured a Supergirl still getting accustomed to life on Earth. In her first adventure she met the Justice Society, only to be attacked by member Power Girl. When that fight ended, Power Girl warned Kara that she sensed a growing darkness in her - and this was something that was explored in later issues of this title.