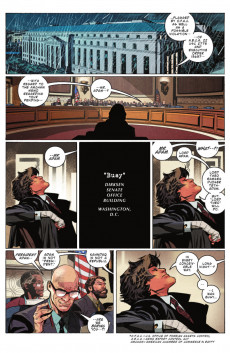 There is no forgiveness for Black Adam. This is the reality Teth-Adam, immortal man of indomitable will, must face when he discovers he has been infected with an incurable plague destroying his immortality. Haunted by the specter of centuries of dark deeds, Black Adam transfers his powers to a worthy successor who will redeem Adam’s legacy and defend their ancestral homeland of Kahndaq, only to subsequently become mystically handcuffed to him when Adam’s plague is arrested, giving birth to perhaps the most volatile and dysfunctional super-team in DC history!