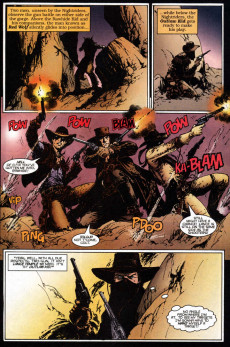 he series featured a more historically realistic update of Marvel's Western heroes. In contrast to characters' standard looks until then, Blaze of Glory depicted them as grizzled, weather-beaten cowboys and gunfighters, wearing less stylized, more historically appropriate outfits than their classic ones. Blaze of Glory retconned some of the Marvel Western stories of years past as being dime novel fictions of the characters' actual lives.