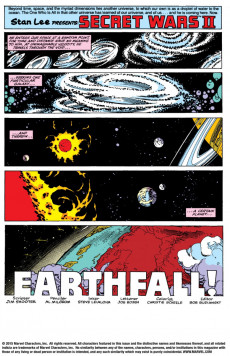 Months ago a nigh omnipotent being from beyond kidnaped the Earth's greatest heroes and most dangerous villains and whisked them away to the far side of the universe to fight for the ultimate prize. Now, the being simply known as the Beyonder has arrived on Earth seeking answers to his questions about life.