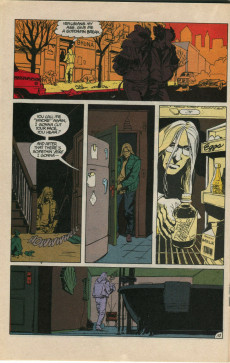 Gunmen have taken over the Elysium Towers condominium complex, holding hostages and demanding the presence of Haywire. One problem: nobody knows who or what Haywire is. Meanwhile, wealthy and successful Alex Kingman confesses to his therapist that he feels like a fraud, and poverty-stricken Steve Majorsky wallows in memories of his father being shot by gunmen while at the barber. Back at Elysium Towers, a few hostages have been murdered, and an armored figure pilots a stolen helicopter into the building. This is Haywire, and he's not happy. He mercilessly kills the gunmen, then disappears.