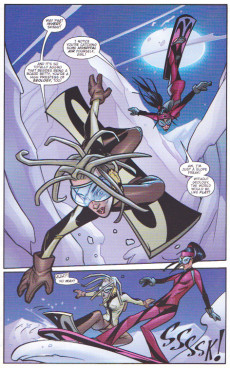 Five snowboarders, or carvers‚ travel through a dimensional portal and are transported to a frozen wasteland. But rise up crew! They’re attacked by spear-carrying, nuclear bomb-holding Yetis preparing to invade our dimension. Grab some air with the “carvers” as they embark on a mission to save the world, in “phat” style!