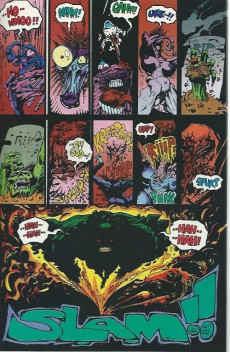 It was 2231 when drillers reached the incredible depth of one million meters beneath the surface. They thought they hit a gas pocket but instead broke through the prison of a terror buried there eons before. Mental Head, destroyer of worlds, was unleashed upon an unsuspecting Earth and intent on destroying everything in his path. High above the planet, Father notes his deadly son’s awakening and calls forth his other children-Veto, Stab, Detonate, Graveyard and Megadead.