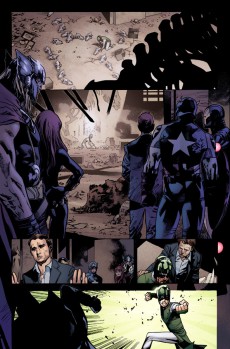 For millennia, they were hidden in plain sight - forgotten descendants of a secret race transformed by alien science, living ordinary lives, never knowing their godlike potential. They could be your doctor. Your mailman. Maybe even you. But now the kingdom of Attilan has fallen to Earth. Its royal family has been torn apart. And the Terrigen Bomb has revealed the Inhumans in mankind's midst. As individuals across the globe manifest uncanny new abilities, the Avengers, X-Men, Hulk, Spider-Man and more face a world forever altered. And with her husband gone, Queen Medusa must unite her scattered people and lead them into a new Inhuman Age.