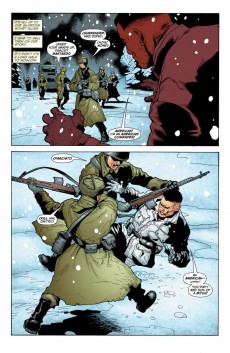 This 6-issue miniseries sheds light on the history of the WildStorm Universe! In the twilight of World War II, the first battle of a new World War will be fought on the Eastern frontier of Germany by a band of seven American commandos. Can they accomplish their mission ahead of the Soviet army marching on their exact location?