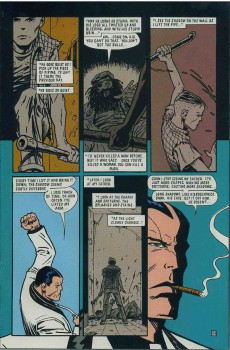 The dark and violent SKREEMER tells the post-apocalyptic tale of a young boy's ascension from brutal assassin to the most powerful gangster in the world. With America decimated by a plague, ganglord "Presidents" have used their control of a life-saving serum to become the rulers of the land. Recruited as a child to be a mob hit man, Veto Skreemer rises through the crime family ranks by eliminating all of his brethren until he becomes the most influential "President" in the country. But now as the balance of power shifts, Veto must devise a way to retain control or watch as his empire crumbles.