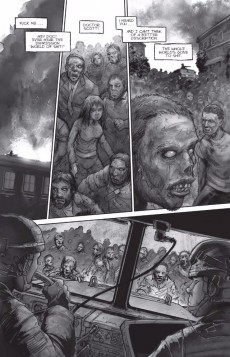 Follow the frantic journey of Doctor Ian Scott, a man seeking his one ray of hope in a post-apocalyptic nightmare United States. The zombies have come and (mostly) gone, but the disease is still out there, threatening the survivors. The country swarms with roving packs of wild animals—and worse, desperate humans—ready to do whatever it takes to survive. Through it all, one man must drive from Colorado to New York to reunite with the woman he loves... before it's too late for either of them!