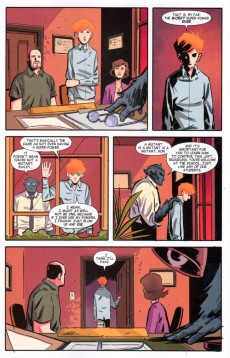 Bailey Hoskins has just discovered he’s a mutant. For someone who’s never been special, never stood out, discovering he’s “gifted” is truly a gift—entry into the halls of Xavier’s School for Gifted Children and into the ranks of the world-famous X-Men! Unfortunately...Bailey might just be the worst X-Man ever. Max Bemis, frontman of the band Say Anything, kicks off his first Marvel miniseries by teaming with stellar artist Michael Walsh (SECRET AVENGERS, HANK JOHNSON) to bring us the story of a misfit among misfits.