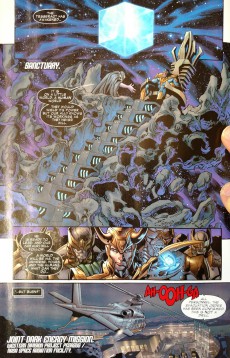 The Marvel Cinematic Universe is a shared universe created by Marvel Studios featuring its independently made films. All so far exist in the same universe, much like Marvel has done with their comics.

The universe eventually expanded to a series of short films, called Marvel One-Shots, included with each film's Blu-ray release starting with Thor and finishing with Thor: The Dark World.

The short films were eventually discontinued to favour different television series also existing in the same universe, that are currently in different stages of development.

The franchise takes place on Earth-199999, though throughout the franchise the planet is simply referred to as "Earth".