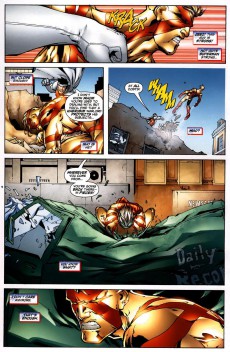 In this title, he wears a yellow/red outfit that was first seen in the 1996 Kingdom Come limited series.