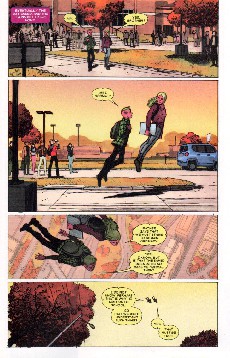 The Vision wants to be human, and what's more human than family? He goes to the laboratory where he was created, where Ultron molded him into a weapon, where he first rebelled against his given destiny, where he first imagined that he could be more, that he could be good, that he could be a man, a normal, ordinary man. And he builds them. A wife, Virginia. Two teenage twins, Viv and Vin. They look like him. They have his powers. They share his grandest ambition or perhaps obsession: the unrelenting need to be ordinary. Behold The Visions! They're the family next door, and they have the power to kill us all. What could possibly go wrong?