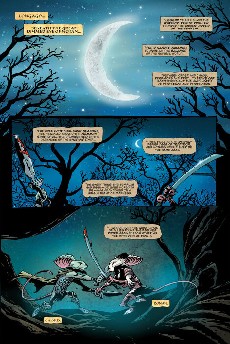 The Legend of Karic grows…but its legacy is both greater and darker than the noble young mouse it is said to embody. As every victory is turned against him, Karic confronts his own past and demands answers. And the mad king Icarus launches his great war against creation.