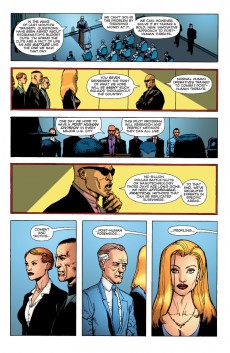 Once again the world finds itself without a Stormwatch team. But Jackson King, a former Stormwatch member and Weatherman, intends to change that. Just as Stormwatch: Team Achilles before him, King finds little support from the United Nations and he too decides that putting together a group of mostly non-superpowered humans is the best way to go. However, with the Post Human Division, as he calls it, King intends to work with local law enforcement to get them better equipped to deal with superpowered threats with the P.H.D. acting as supervisors. But in a world where superpowered beings run rampant, the P.H.D.'s non-superpowered members find themselves to truly be the minority.