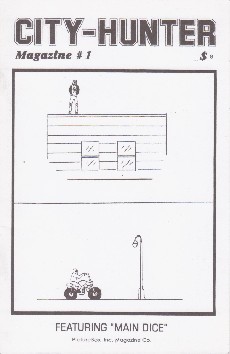 'An expanded version of C.F.'s zine. It's a mix of drawings, comics, photos and prose. Or, as Frank Santoro said in naming it one of 2010's best: "Lots of backgrounds with “Main Dice” the main character swinging down the street. Lots of “straight talk” from the editor of the Fantasy Empire Magazine company. It’s like CF made his own b&w action comic and worried more about how the indicia and logo would look than the story – so it’s kind of perfect."'