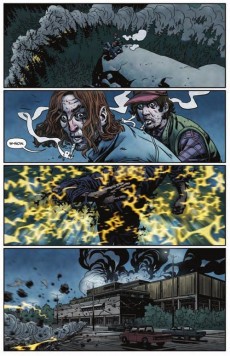 Growing up in Detroit, Roscoe and his friends know all about hard luck. But their fates take a different turn when they stumble upon a street drug called MPH - little pills that give them the power of super speed, and the opportunity of a lifetime. Now holding the perfect Get-Out-of-Jail-Free Card, Roscoe leads Rosa, Chevy, and Baseball on a lightning-fast crime spree across the nation. But as a good guy dealt a tough hand, that's not enough for Roscoe. Before long, he and his friends are taking the fat cats for all they're worth, and sharing their take with the masses. But zooming through their riches at super-speed has a downside. The pills are running out, the Feds are cracking down, and a mysterious figure named Mr. Springfield is teaming up with the authorities, claiming to know more about the speedsters than they know about themselves. When time is your only asset, what happens when the clock runs out?