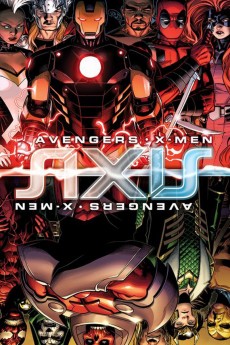 From the ashes of the once proud mutant haven Genosha, an evil power rises. Exploiting the limitless gifts of the world’s greatest telepath Professor Charles Xavier, the Red Skull has enslaved thousands, amassed an army and now broadcasts his message of hate across the world. Channeling the unstoppable force known as Onslaught, the Red Skull's ruthless and unparalleled evil now wields a destructive power unmatched by even the most powerful heroes.

The fractured teams of Avengers and X-Men are now all that stands in the way of total obliteration. Earth’s last hope now hinges on the fragile alliance of these two estranged teams. In the shadows of the Red Supremacy, can they fight as one? Even united, they may not be enough to stem the coming darkness. And if they fall, all hope is lost.

Preceding the event in September are the March to AXIS tie-ins involving the titles of Captain America, Loki: Agent of Asgard, Magneto and Uncanny Avengers.