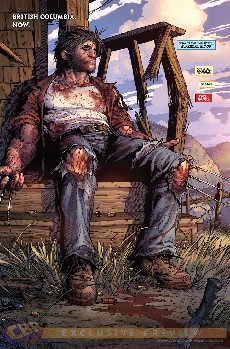 Left without his mutant healing factor, his enemies now close in for the kill – and the Wolverine faces his greatest battle alone. A battle he will not return from. After a century of being the best there is at what he does, the day has arrived where his best will not be good enough.