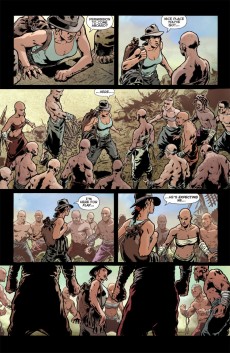 The Crime Bible is a fictional religious book that has appeared in various comic book series published by DC Comics. The book and the religious groups that have formed around it exist within DC's main shared universe, known as the DC Universe.

The book deals with the exploits of Cain and his works of evil in the world, in association with Lilith. The copy of the Bible seen most often in the DCU allegedly has a cover of stone, made from the physical rock used to kill Abel.