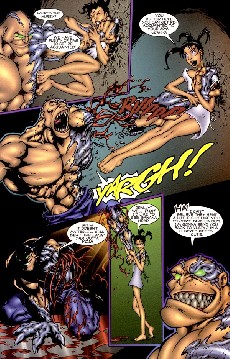 During the Cold War, the Russians created the perfect covert weapon -- incredible strength, speed, and stealth within a single human body. After several prototypes are hidden away in the U.S., Project Adrenalynn discovers a teenage girl named Sabina Nikoli -- and turns her into the ultimate weapon! Now, she's been found in the U.S. and reactivated to search and destroy the killer prototypes...but once her job's done, her creators want her dead as well!