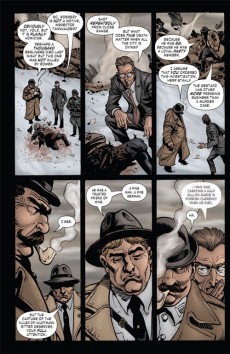 1945 Berlin, Germany. The tide of the war has turned in favor of the Allies. The fall of the Nazi empire is inevitable, but there is still something even more dangerous than the ever approaching Allies to the Third Reich. The Iron Ghost. It's up to two Non-Nazi German Police officers to capture the Ghost, but once they discover the truth will they be able or even want to stop him?