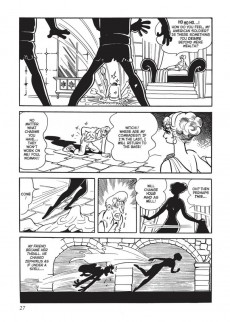 Amidst the chaos of World War II, two Japanese soldiers hear of Zephyrus, an utterly captivating woman rumored to exist on an island in the South Pacific. The tales of this bold enchantress seducing men to their dooms are both chilling and fascinating. Over twenty years pass, and Zephyrus resurfaces in Japan, seemingly unchanged, to wield her mysterious power over men once more. The one man immune to Zephyrus’ charms is simple drunkard, Gohonmatsu Seki, son of one of the wartime soldiers. Employed to spy on Zephyrus, what will Gohonmatsu uncover about her ultimate plot to create international discord and consume the world of men? What brought this woman to conspire for decades against patriarchal society – against an entire gender – and can anything be done to stop her plans?