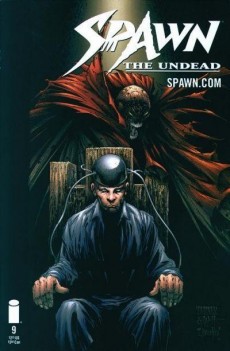 This is the Spawn spin-off that diehard Spawn fans have been craving! Spawn: The Undead concentrates on the popular HellSpawn character once known as Al Simmons, champion of balance between Heaven and Hell. Unlike the original Spawn series, this series will have self-contained, single-issue stories, where you'll get to meet the individuals who encounter Spawn and behold the urban horror that exists in our world.