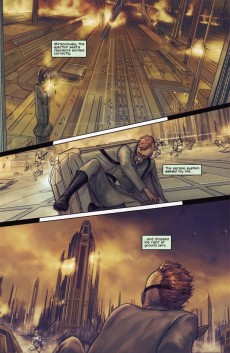 The graduation celebration for the first class of Imperial cadets is disrupted by a sudden terrorist strike! But the real targets of the attack are the new Emperor and his second in command, Darth Vader.
Only one man—a disabled, brilliant cadet who, up until the moment of the attack, was experiencing the best moment of his life—stands ready to fight alongside Vader for the life of his Emperor!