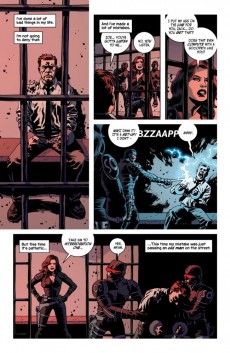 One of the biggest Hollywood options of the year, nominated for three Eisner Awards, Incognito is finally back for more! It's apocalyptic pulp noir at its finest! It's been over a year since Zack Overkill came out of Witness Protection to build a new life. But working for the government isn't that different from being controlled by them, and his new secret identity is becoming more trouble than it's worth. So what will Zack do when tasked with a mission that sends him on a hunt into the darkest corners of the super-criminal underworld where he was raised? Also returning with Incognito are the exclusive Pulp magazine essays by Jess Nevins, professor of pulp history, only available in the single issues of Incognito.