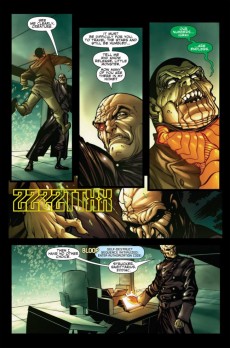 Secret Warriors is based on the concept of espionage, in which Norman has finally gained control over S.H.I.E.L.D now H.A.M.M.E.R. The Secret Invasion has concluded and Nick Fury is remains hiding with his caterpillars. A number of youthful operatives are ready to take on Hydra and the corrupted whenever Fury points them in a specific directions. However, the group begins to question his motives and Agent Daisy Johnson his headstrong when it comes to her boss. Answers will come sooner or later but for now the kids will have to play by his rules for a war is coming.