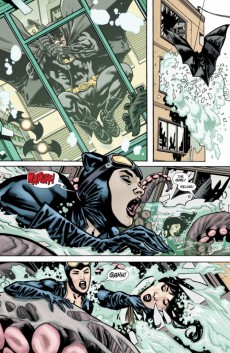 Bruce Wayne has survived Darkseid's Omega Sanction, seen the end of time, returned to Gotham, defeated Doctor Hurt, and has admitted to the public that he has been "financing" Batman from the beginning of his career. But due to something he saw coming at the end of time, something only he knows of, now he must take actions to prevent whatever is coming with the global expansion of Batman's war on crime, Batman Incorporated!