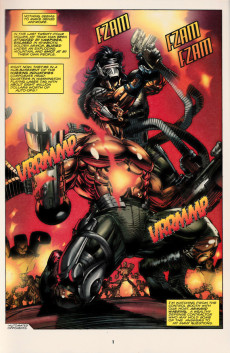 Jackson Dane was a member of the original Team 7. Now, years after Team 7 disbanded, International Operations is forming a new incarnation of the team. Dane and his crew are sent on a mission where they encounter golden symbiotic life forms that attach to all the team members. Realizing it was a suicide mission the team goes rogue. As if that wasn't enough, they soon become caught up in the ancient struggle between the creatures of The Night Tribes and must now defend against these supernatural beings that threaten our world.