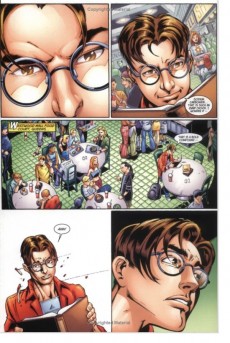 Spider-Man has been a perpetual favorite of comics fans since his introduction in 1962, and judging by the recent blockbuster film, he's still hot. This excellent series re-boots the character from the beginning, reenacting Spider-Man's origin in the present day. The story is similar to, but not based on, the Spider-Man film. Brainy teenager Peter Parker gains super-powers after being bitten by a spider, loses his likable Uncle Ben to violent crime, and learns once again that ''with great power comes great responsibility.''