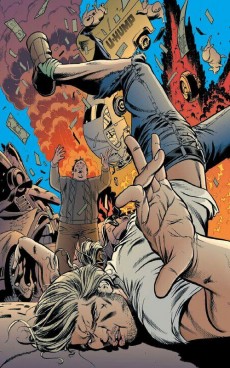 Jack of Fables is a spin off of the comic Fables. It shows the adventures of Jack Horner after his exile from Fabletown. A preview of the series was shown in Fables #50, and the series itself debuted in July 2006. It is written by Fables writer Bill Willingham along with Matthew Sturges.