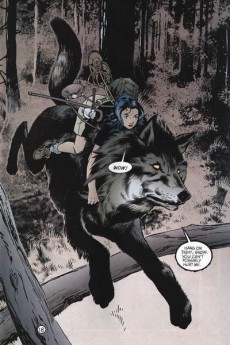 Fables is a Vertigo comic book series created and written by Bill Willingham. It takes place in a continuity of its own, and is unrelated to the larger DC Comics continuity. (It is not, as Booklist reported, a spinoff of The Sandman.) The series deals with various characters from fairy tales and folklore who have been forced out of their Homelands by a mysterious enemy known as the Adversary. They travel to our world and form a clandestine community in New York City known as Fabletown. Characters from fables with non-human appearance must live at the ''Farm'' in upstate New York.